Cyclus was first assembled as a three-piece outfit in 2014 and completed with a bass player, late 2016. The band started out as a recording project, centred around a concept album about an alien invasion. Correction, ‘the’ alien invasion.

The early stages and rehearsals were all about finding a new sound and honing the application of each instrument. Everything emerged from unrestricted jams and a highly deliberate lack of frame. Cyclus has no rules and is determined to let itself be led by a very different energy. Things have a way of falling into place, if you give them enough freedom to grow. This is what the sound seeks to reflect.

Currently Cyclus is writing and recording a new EP – release is scheduled for March 2019. 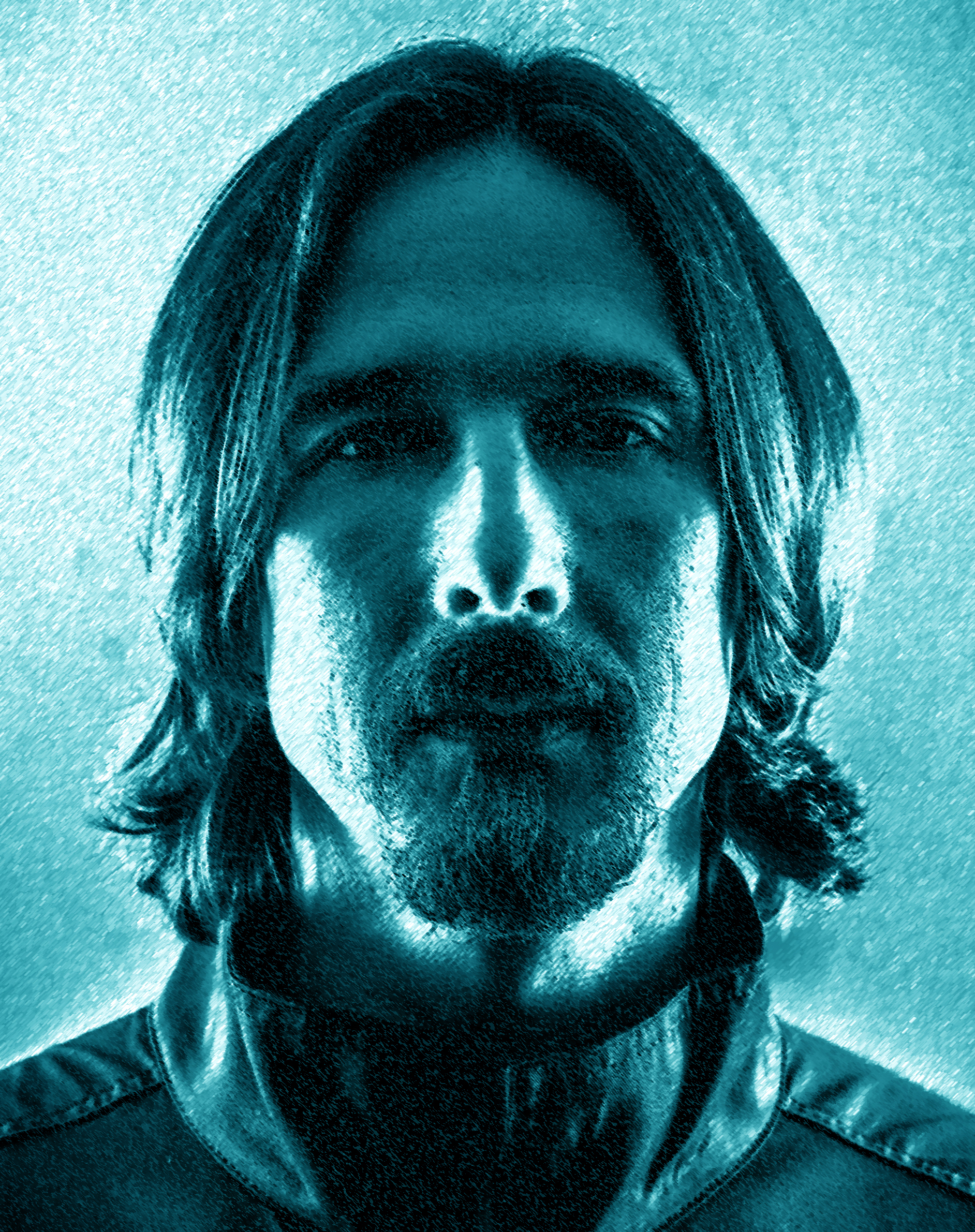 Sven Leyemberg (guitars) grew up on metal and played in nineties cross-over (Squeak (ex-) and hardcore (minus45degrees (ex-) bands before starting off on a personal odyssey. During this time, he was involved in numerous improv blues jams in seedy bars and took on a lead guitar spot in alternative rock band One Million Seats.

Over the years Sven has developed a specific set of skills that create a unique perspective on what a metal guitar could become, if unrestricted by convention. Being well versed in metal, blues and alternative rock, he steers the sound into the uncharted realms. 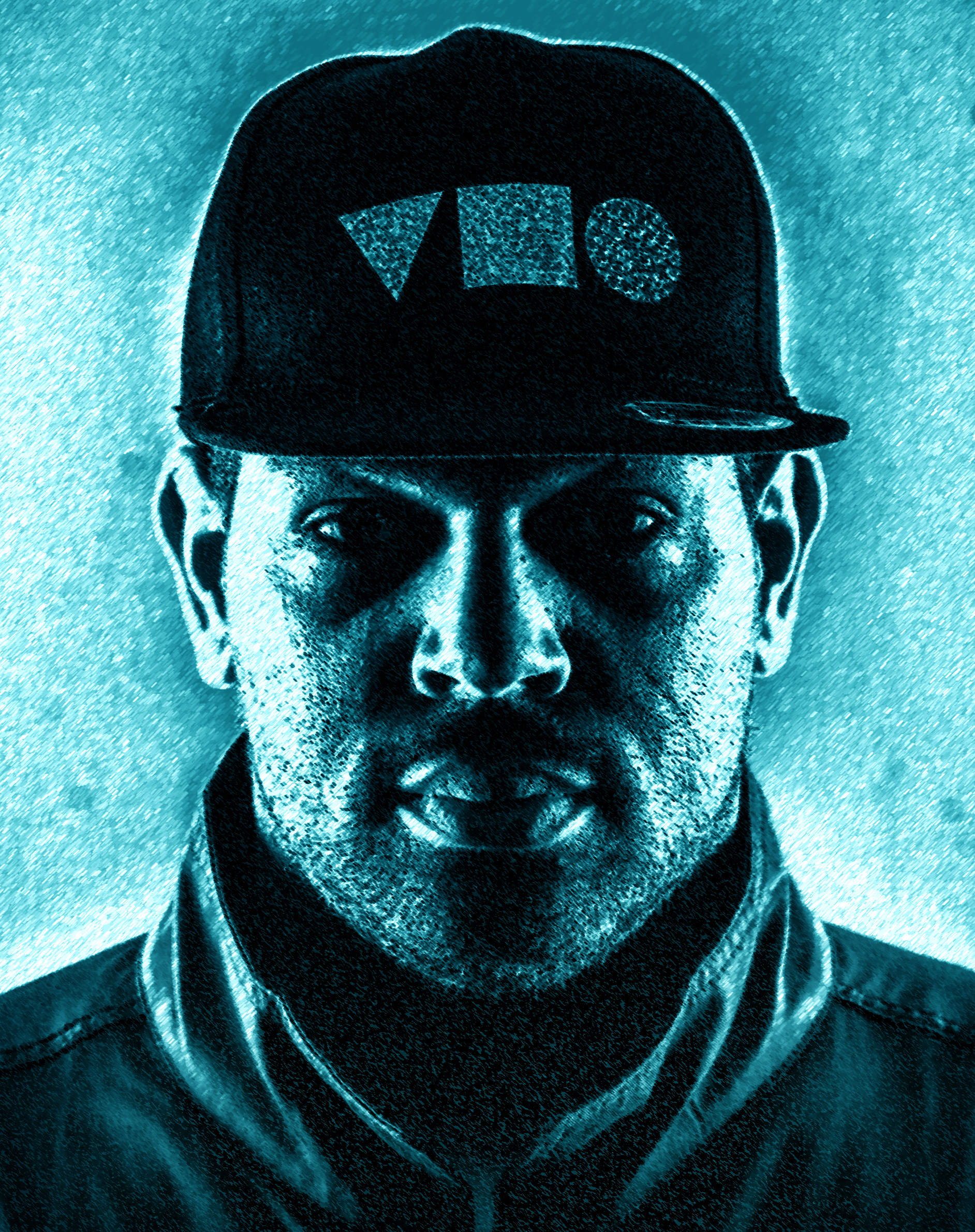 Serch Carriere (drums) is a true phenomenon. Ever since the mid-nineties he has been playing in bands like Clouded (ex-), minus45degrees (ex-), The Set Up (ex-), Overlord and Bear. He has worked as a tour drummer for Kickback (ex-) and Born From Pain (ex-). Serch brings a hard-hitting style to Cyclus and has a unique ability to tune his rhythmic energy into the frequency of what the other instruments are doing. A solid backbone with loads of wild improvisations, he demonstrates a great talent for adaptation.

Serch’s unique D.I.Y. approach to drumming has earned him a well-deserved endorsement by Stagg instruments. 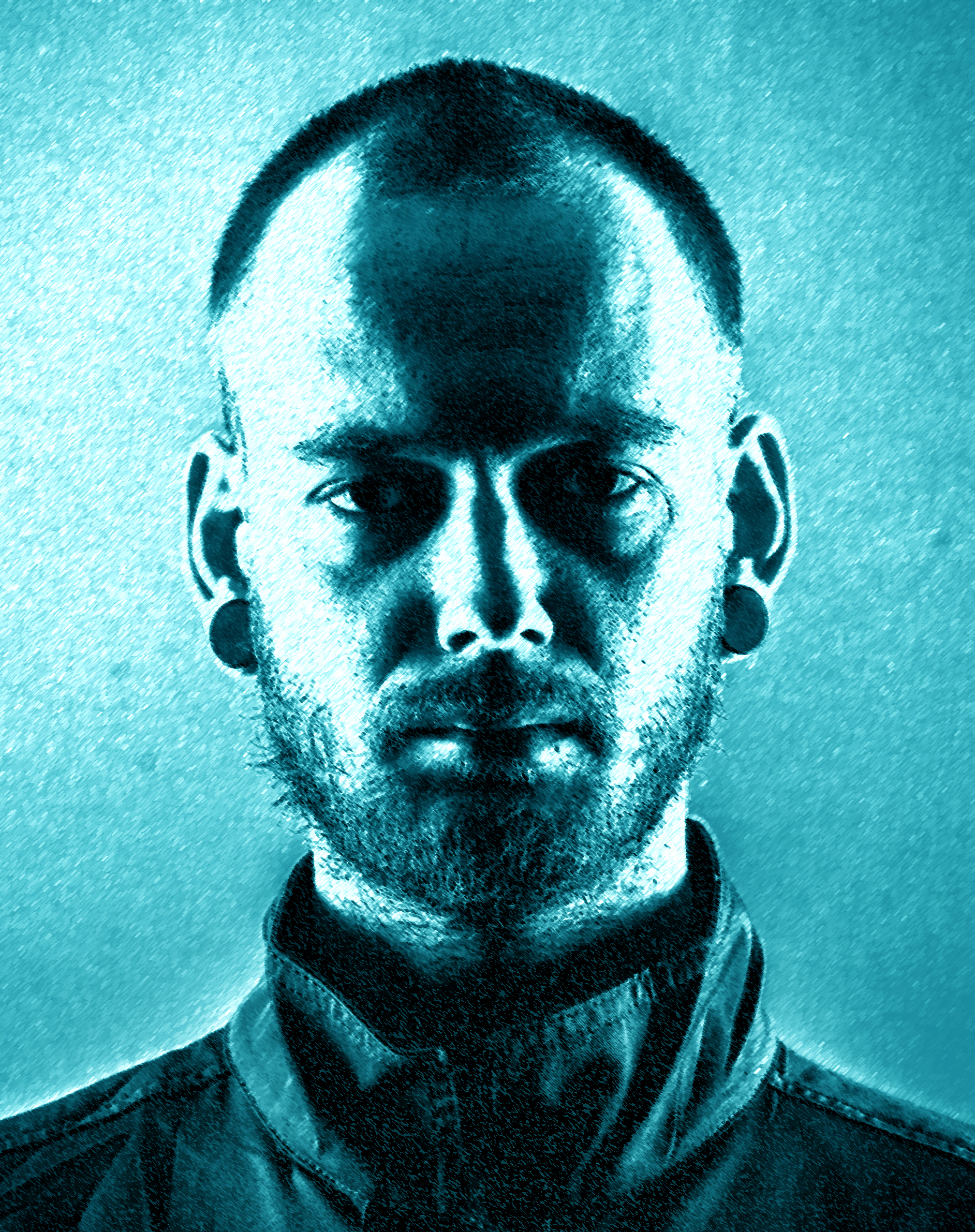 Sean Denissen (bass) joined the band in 2016 and immediately started having a profound effect on the overall sound. Playing in bands such as Jarenduren (ex-), Punchline Hunting Season and Ihlooshuree, he is no stranger to complex musical arrangements and rhythmical shifts.

Sean has shown a tremendous flexibility and has quickly adjusted to the mixture of organised chaos and musical freedom of expression that seem to be hallmark traits of this band. It was with Sean’s arrival that the ambition sparked to start playing live. 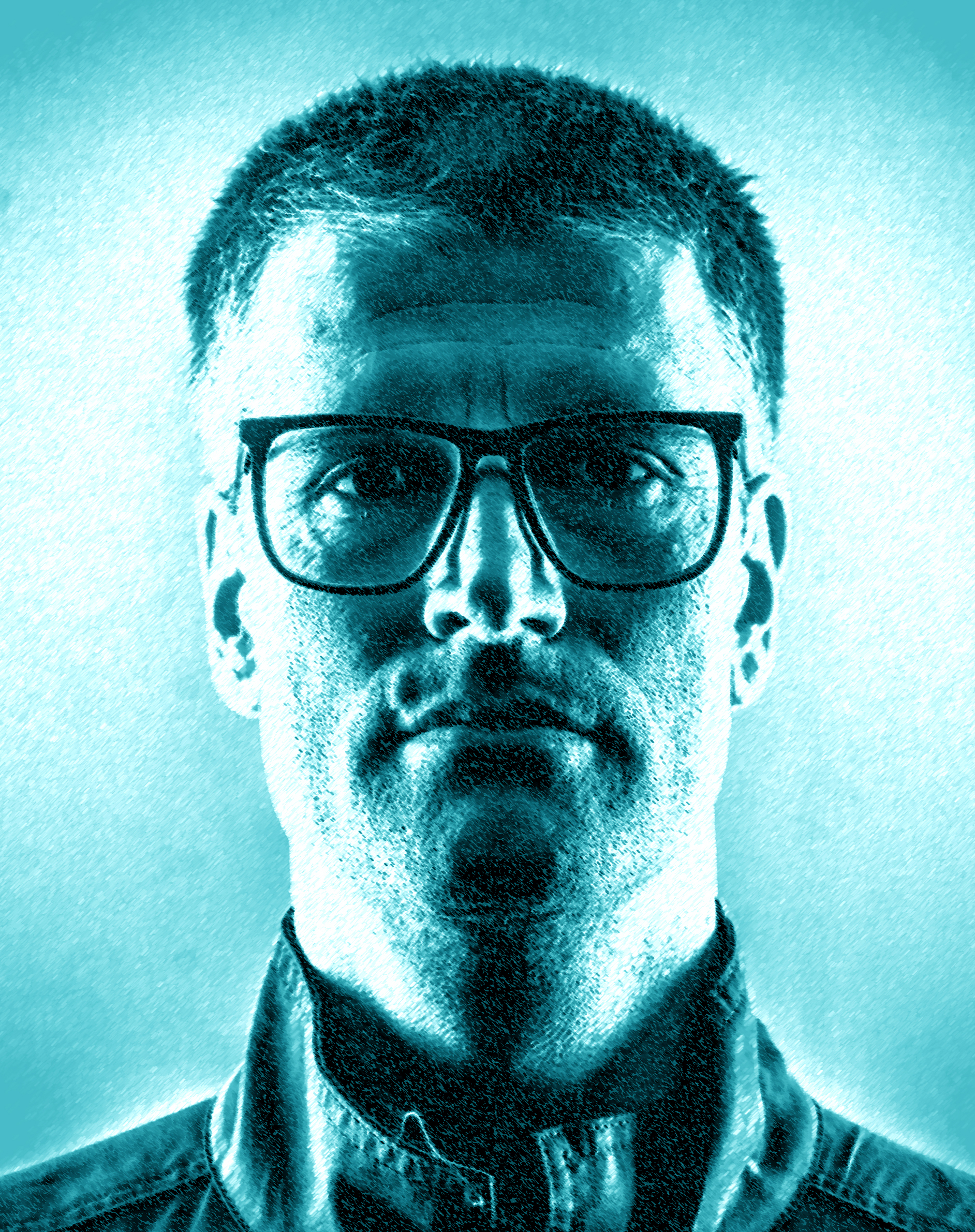 Current bands: cyclus, quiet, all around us, my cousin from japan, the broken planet

Daniel Mies (vocals) is a versatile vocalist with quite a touring history in bands like facedown (ex-) and .calibre (ex-), but also has been deeply involved in a set of indie projects like Quiet, All around us and My Cousin from Japan.

Daniel makes it a point to use the full spectrum of his voice for Cyclus; from low demon grunts and hardcore scream vocals, to his higher pitched indie influences. He is also responsible for all lyrics and content.

“The Metal Musical” – With the concept of alien invasion and destruction, used in the story of SEKT, Cyclus applies shock-therapy as a medium to convey its message.

The suggestion that all of humanity will be erased by an alien protector of life, as a punishment for our insolent dominance, is just a metaphor. Or is it?

The choice for this story line emerges from a deeper sense of social engagement and a desire to describe the detrimental effects of human supremacy and error on the planet and the resulting feeble state of our psyche.

It is an investigation into how humans destroy the planet, nature, wildlife and eventually themselves.

SEKT quickly took on a narrative of its own but was loosely based on the motion picture ‘The day the Earth stood still’ (1951 – Based on a story by Harry Bates – Directed by Robert Wise).

The visual language of the band reaches back to the old school sci-fi designs, with a twist. 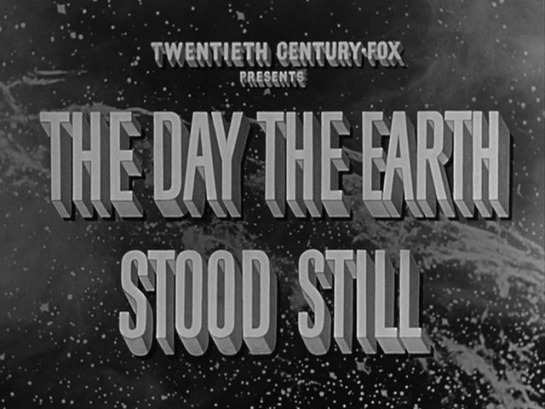 A quote by Daniel about the choice for SEKT as a concept: “We may be growing ever more powerless to oppose the ruling elite, but we are free to loudly express our frustrations (for now) and maybe open some eyes and minds along the way. Sometimes you need to shake people up a bit. That is what hardcore has always been about to me.”

SEKT ACT 1 : The first part of a three-part musical story called SEKT – released in November 2015 as a digital EP. – Self-published. Digital only.

SEKT ACT 2 : The second part of a three-part musical story called SEKT – released in August 2017 as a digital EP. – Self-published.

SEKT ACT 3 : The third part of a three-part musical story called SEKT – released in July 2018 as a digital EP. – Self-published.

SEKT – FULL ALBUM : The complete collection of all 3 act of the musical story called SEKT – released in July 2018 as a digital CD and physical CD release. – Self-published. 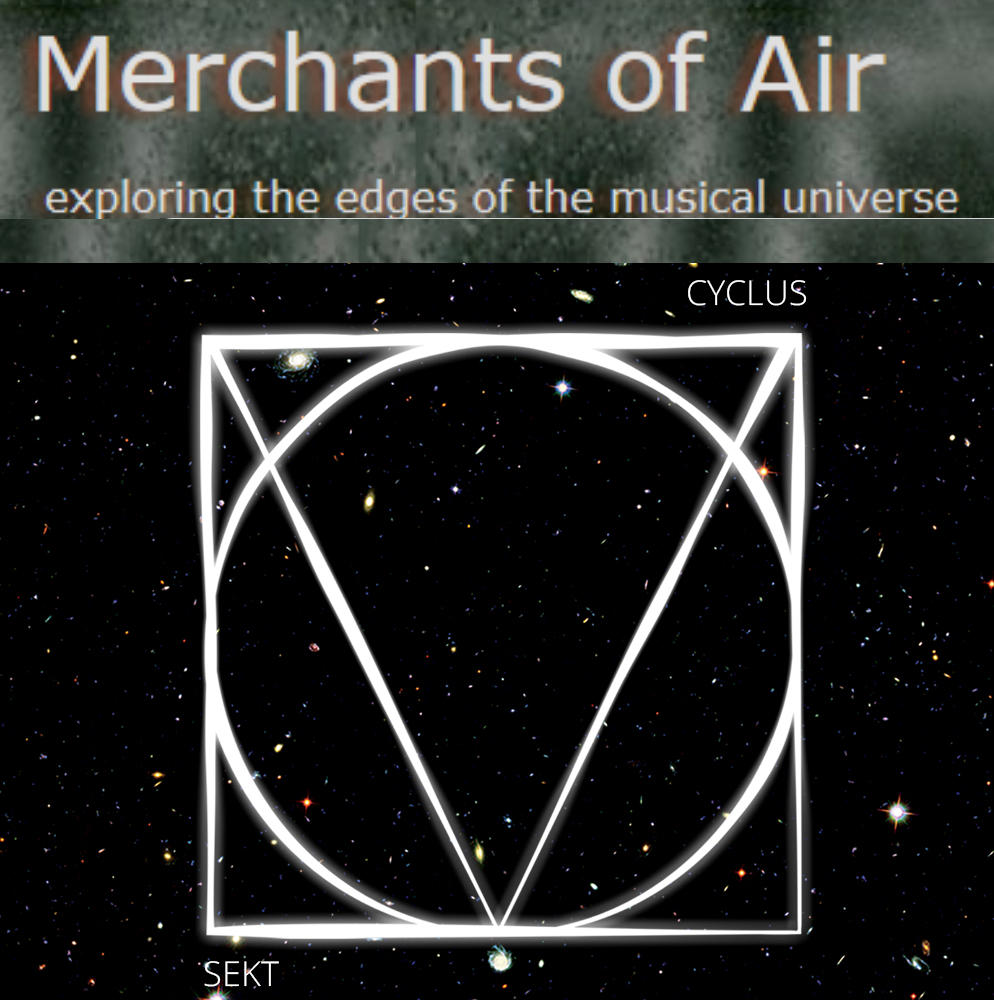 A review (English) of SEKT Full Album (2018), by Serge Timmers for merchantsofair.com:

“Back to Belgian soil, this time with a heritage from the Antwerp Metal Fest event (read). One of the most surprising bands was Cyclus with their suffocating blend of metal, hardcore and mathcore. Now, they combine their previous EP’s into one full length, titled ‘Sekt’.

The band is formed by members of Minus45degrees, Born From Pain, Calibre and Facedown (amongst others). Yet, with Cyclus they decided to shed all genre boundaries and create a whole different musical universe, loosely based on the 1951 movie ‘The Day The Earth Stood Still’ .

On the album, the band looks at the earth and humanity from the perspective of an alien race. They see what humans do to the planet and decide to eradicate that virus…” 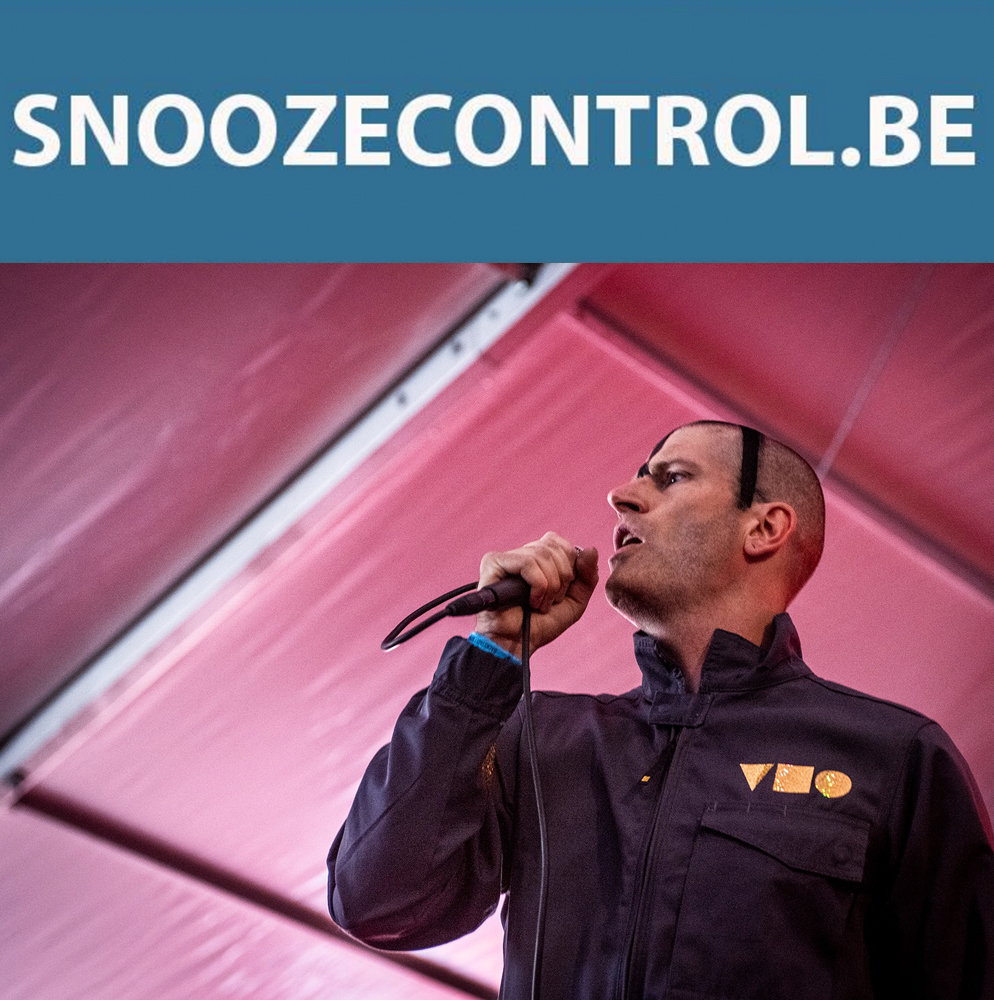 A review (Dutch) of our AMF 2018 show, by Erik Van Damme for snoozecontrol.be: 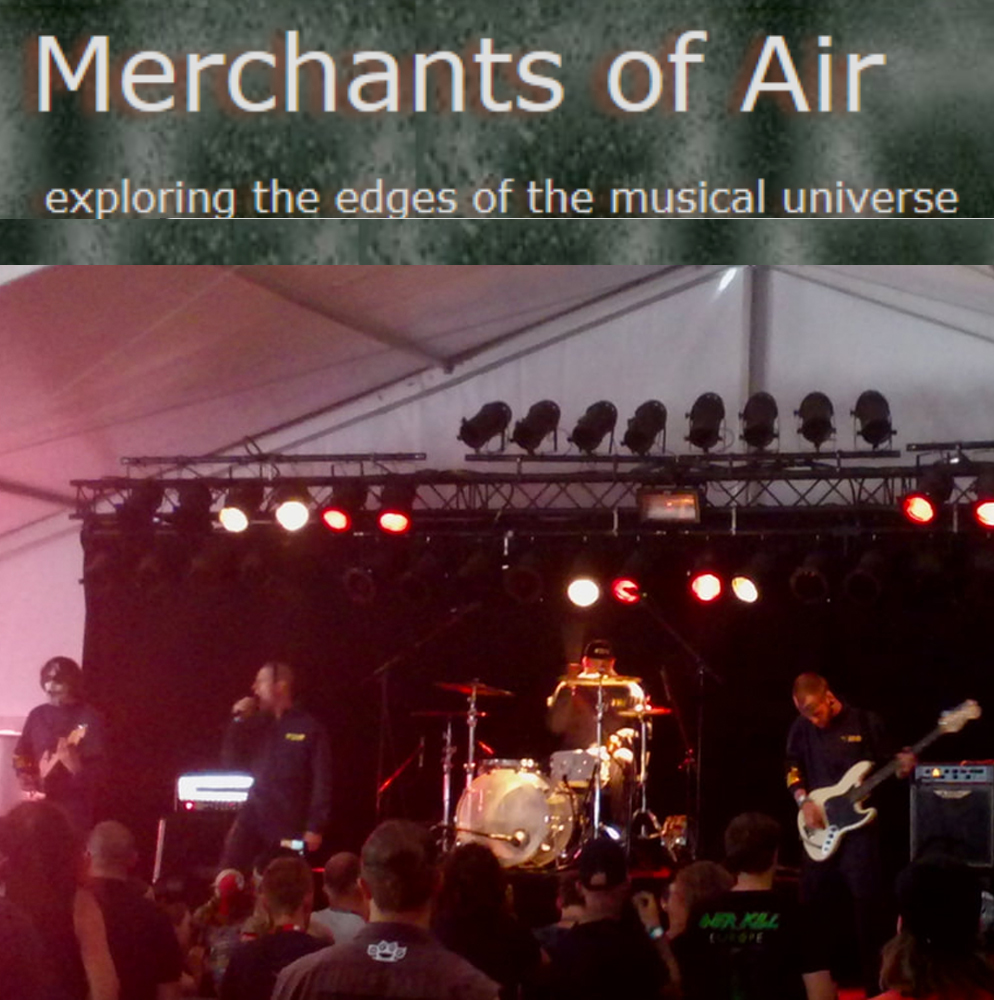 A review (English) of our AMF 2018 show, by Serge Timmers for merchantsofair.com:

“The day before, I had gotten introduced to Seth from Cyclus. Formed out of ex members from a bunch of well known bands, Cyclus was a complete newcomer to me, plus Seth told me that they would probably be the most unfitting act on this festival. That was promising. Yet, their gig completely took me by surprise, in a good way too.

Someone had described Cyclus as “a heavy version of Muse” and I thought “The love child of Muse and Melt Banana”. The music by Cyclus is greatly unpredictable but their intensity and their enthusiasm turned this gig into one of the best I had witnessed so far at Antwerp Metal Fest. The booklet mentioned the term “mathcore”, and yeah, perhaps, but this is just something unique and overwhelming. Well done, I’ll buy that shirt soon.” 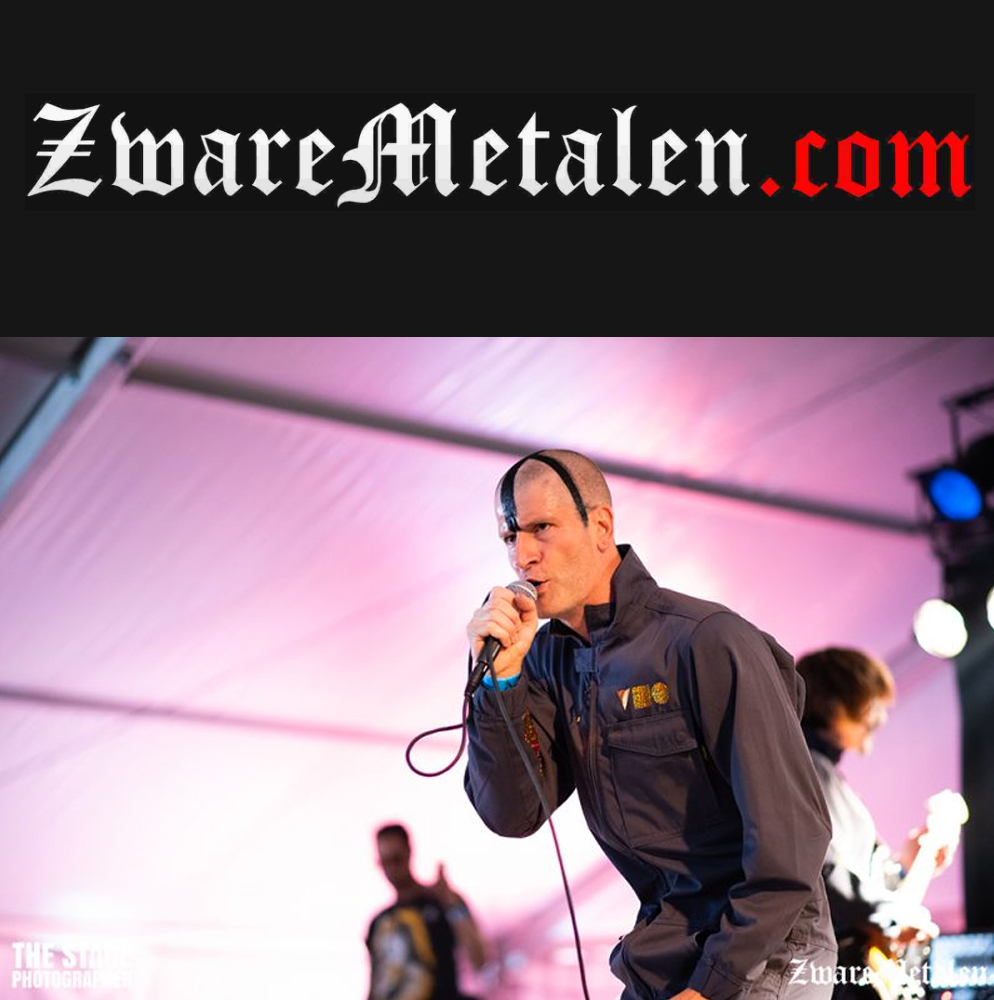 A review (Dutch) of our AMF 2018 show, by an Yves Pelgrims for zwaremetalen.com: 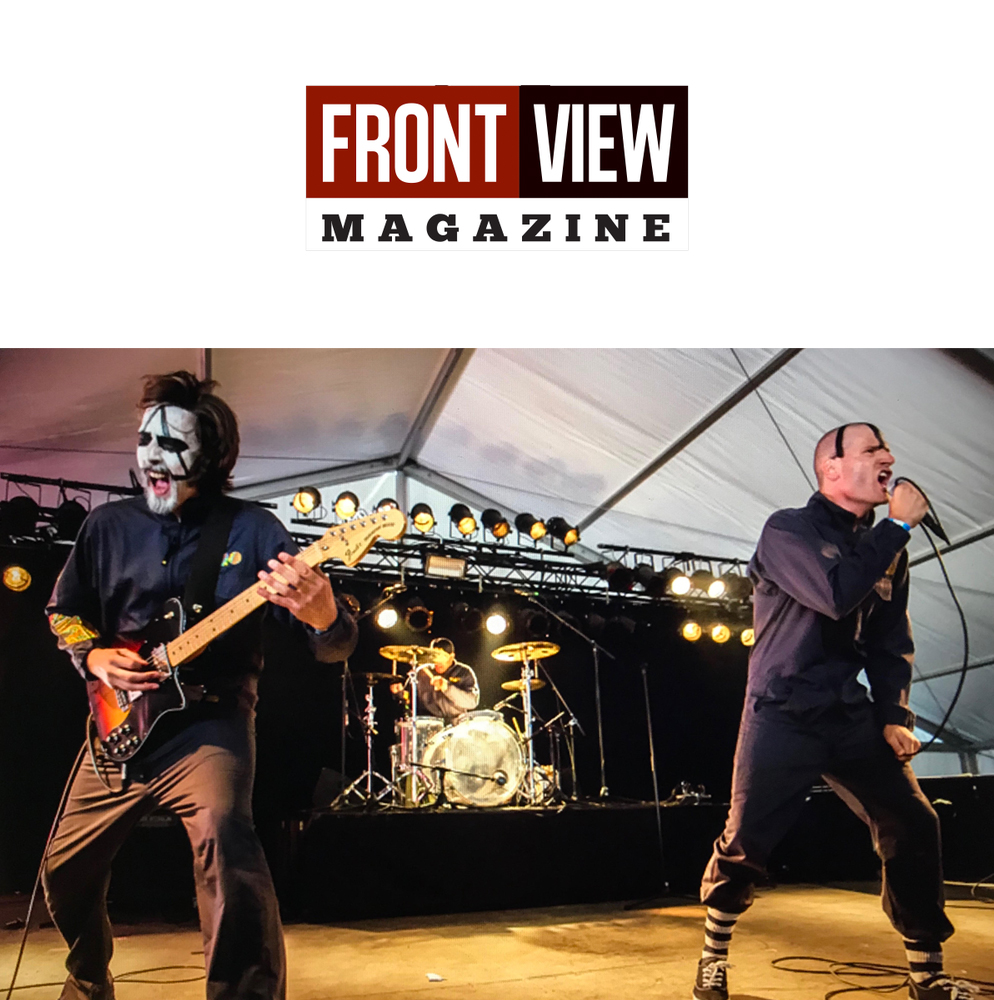 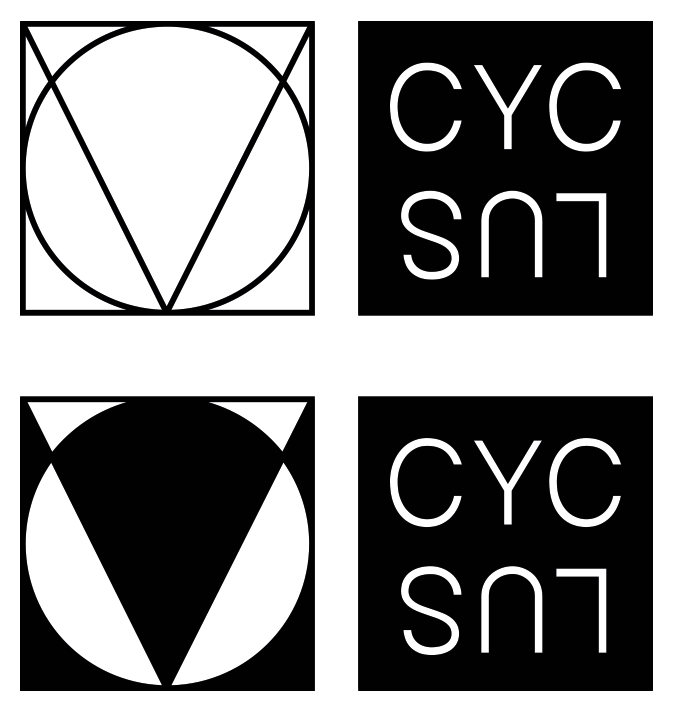 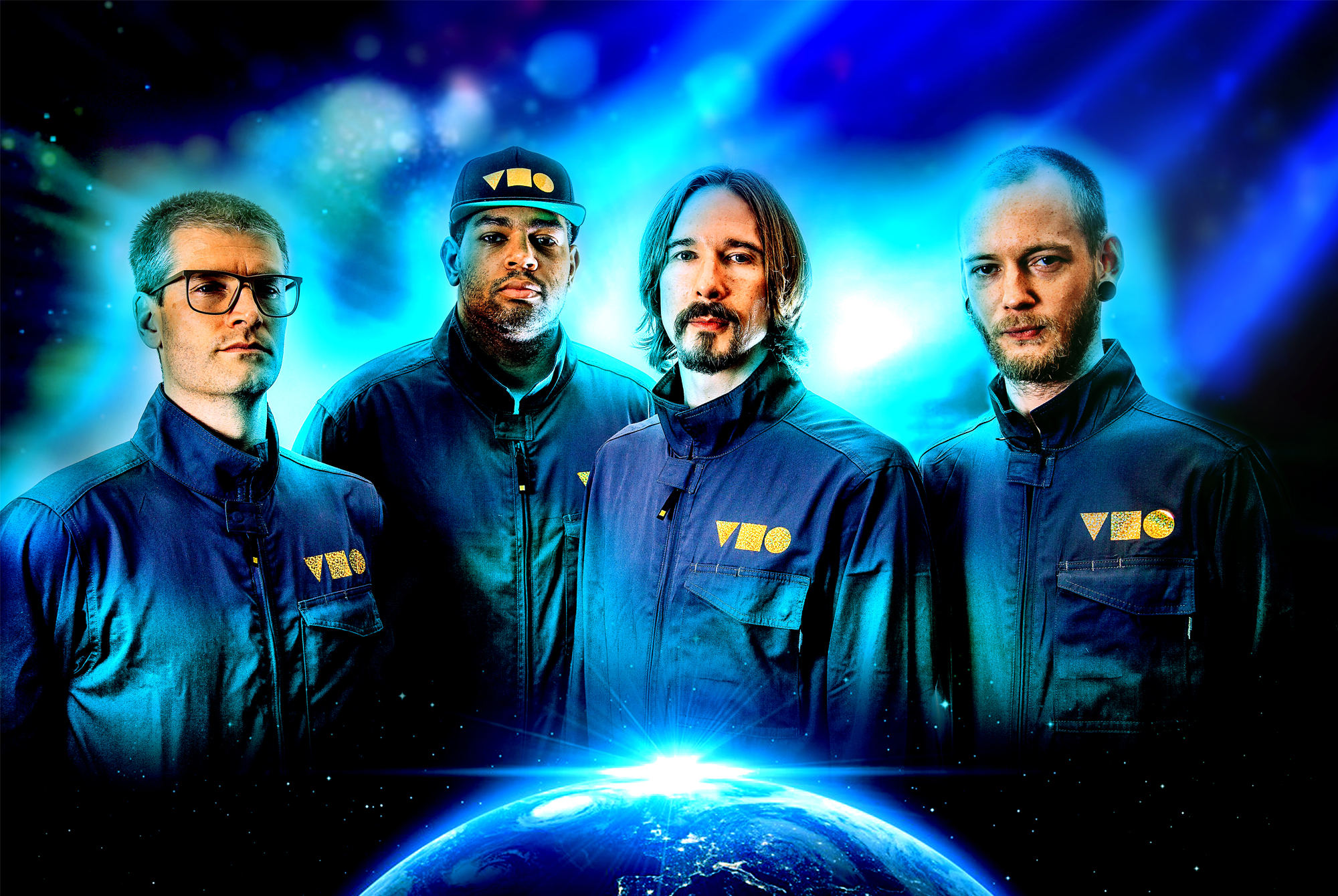 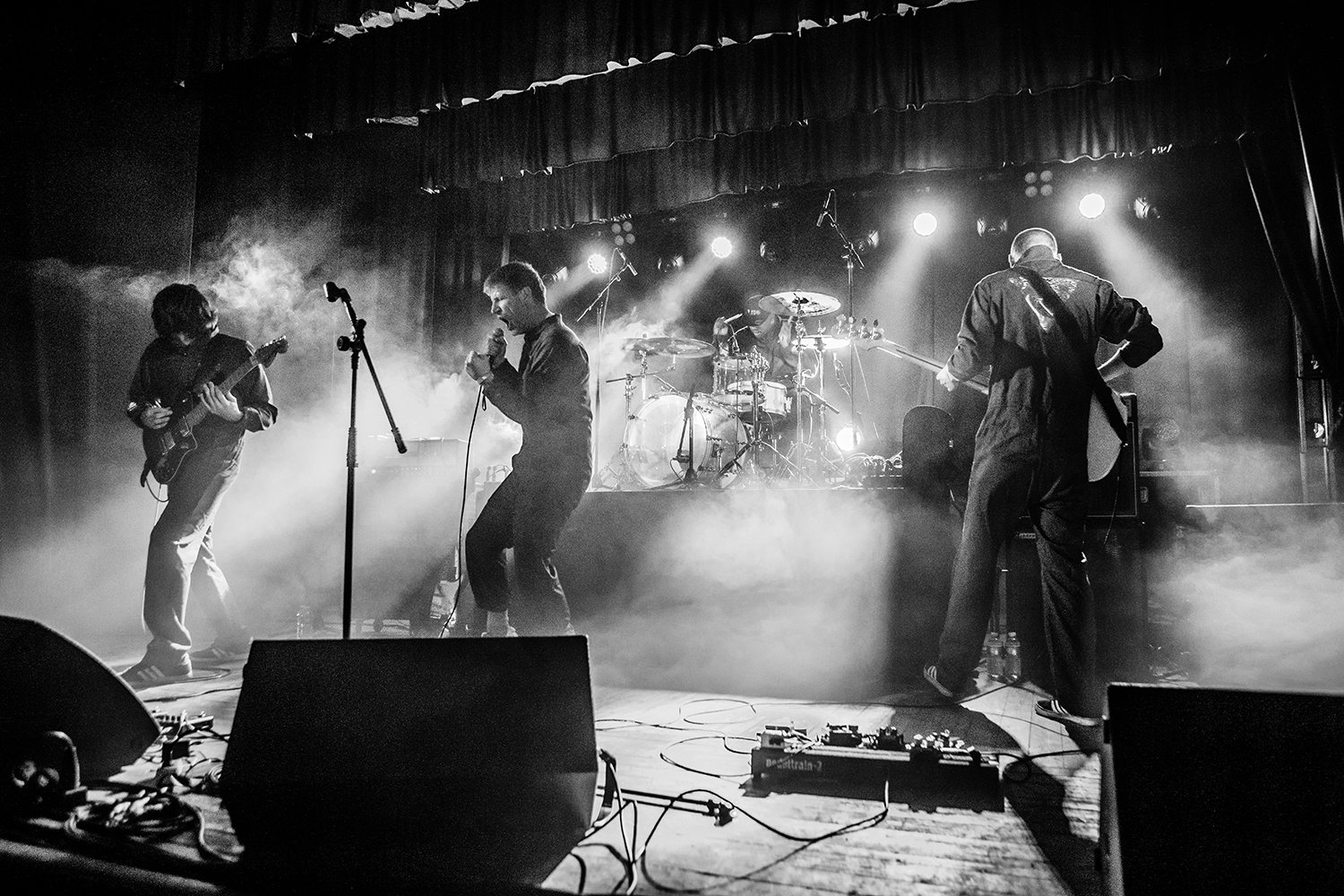